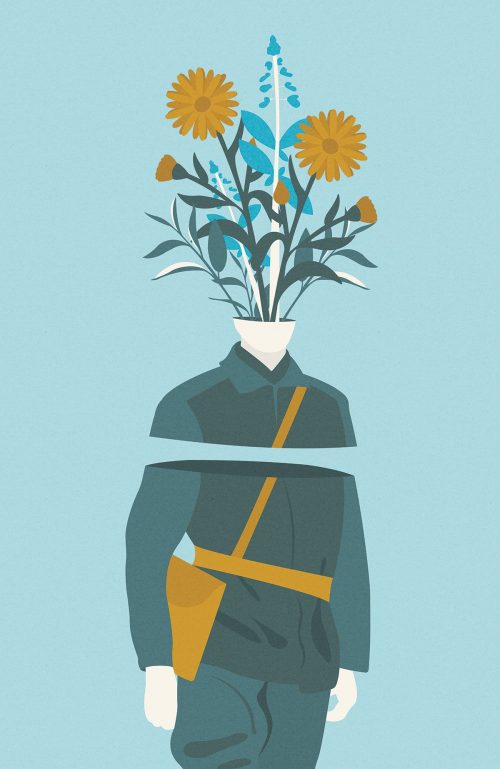 The Fort of Emotions

This time none of this is subservient to war, to the functioning of a mechanism of death that aims at the annihilation of the enemy.

Now the military works come back to life, however animated by sounds that want to definitively mark the choice of peace and life.

All this happens at the Forte Belvedere Gschwent in Lavarone thanks to the project The Fortress of Emotions: multimedia sensitive environments for wartime architecture in peacetime, included in the program of initiatives united under the title Trentino. From War to Peace.

It is a project divided into a series of interactive installations, which aim to enhance the extraordinary heritage of memories still “guarded” by this fortress and created by Studio Azzurro, one of the most accredited international companies in the field of innovative languages and the relationship between culture, art and new technologies.

All based on the idea and commitment of a team led by the Tourist Board of Folgaria, Lavarone and Luserna and also composed of the Provincial Councils for Tourism and Culture, by Trentino SpA, by the three municipalities of the territory, by the Foundation that manages the fort.

The Animated Model, The Sentinels, The Howitzers of Sounds, The Eyes of Light, The Diaries of the Machine Gun Nests and The Angel of the Alpini are the stages of this multimedia path set up to give voice to the memories of the soldiers who lived and fought in Belvedere Gschwent.

In order to give the visitors the possibility to better understand the functions, the form and the placement of the buildings and the armaments of the stronghold an animated model has been created.

The people’s presence or a simple hand gesture automatically activate the projection of a series of dynamic signs, pictures and animated evidence with voice-over giving the possibility to better understand the reality of the fortress, its history and its various aspects.

The rooms and the passage-ways between the different stations are a real maze representing the complexity of the stronghold, where it is easy to lose orientation.

A modular sequence of interactive installations is a special system of personal guides, presented through the projection of significant everyday life moments: the soldiers are full-scale silhouettes while absorbed in different daily activities. The public activate the clips and is directly involved into the actions.

THE OBICS OF SOUNDS

It is a sound work that occupies the pitches of the howitzers batteries. In the opening of the dome where the howitzer was located, a “sound cannon” was installed that shoots “inside” the sounds, noises and music that recall the ways, activities, situations of the war period. A very enveloping and exciting staging, from which emerge, as if from invisible presences, voices, commands, human comments, coughs, muffled breaths, artillery shots.

The installation evokes the optical telegraph used during the Great War to communicate with the forts Lusern, Cherle (San Sebastian) and the Monte Rust observatory consisting of a “Communication Table” onto which are projected animated images.

The visitor turns the table in directions of another fort to display a movie that talks about the life in the fort. Turning the table towards a different opening of the optical telegraph shows more information about the other fortresses. By repeating the operation at the other openings of the optical telegraph, it is possible to receive other information on the fortresses.

THE DIARIES OF THE NESTS OF THE MACHINE GUNS

There are three positions occupied by this stage of the route: the east and west forts and the counter-shoe. The visitor sees against the light flashes that simulate the flames of the machine gun barrel and hears the dry sound of a burst, thus living a very intense experience that recalls that experienced by many soldiers during the First World War. The gaze then rests on a screen where the image of a witness to the conflict slowly appears while a voiceover reads passages taken from letters and diaries written by the person portrayed in the photo.

THE ANGEL OF THE ALPINI

In order not to disturb with any visual intervention the beauty of the view over the Astico Valley that can be enjoyed from the openings of the two dismantled machine gun stations, this installation, located in the front fort, is also sound.

The natural beauty of the landscape and the poetic beauty of texts of great historical and literary value come together in a single perceptive experience. Two female voices alternate reciting Mario Rigoni Stern and Piero Jahier, automatically activated by visitors.