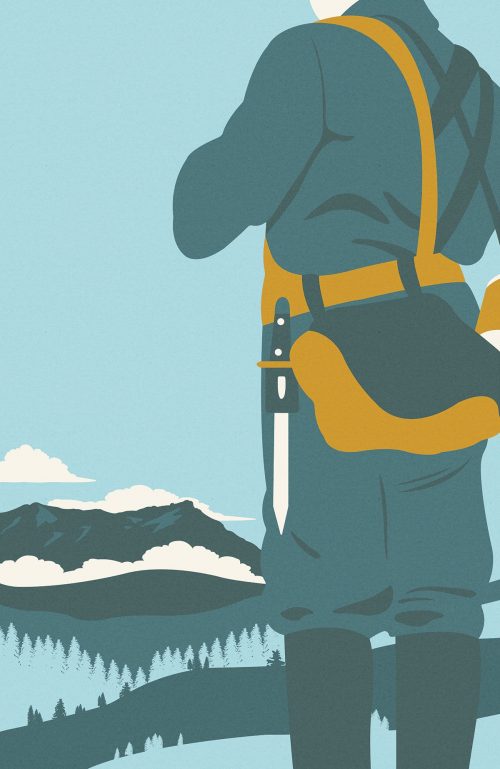 Their main function was to prevent any Italian breakingthrough attempts from the Veneto and also to create a strong offensive area that would lead the imperial troops back to the plain of Vicenza, behind the Royal Army. In the same period on the other frontline, Italians did not remain idle either: they built the strongholds of Cima Verena, Campolongo and Campomolon to contrast the Austro-Hungarian fortresses of the highlands.. Other Italian strongholds were built on the plain of Asiago and in the Astico valley.

The new Austro-Hungarian fortifications where the result of the best military technology of the time. The covering, which could even be thicker than three meters, was made of concrete and reinforced with thick steel beams. Each stronghold was equipped with small caliber howitzers (10 cm) placed in rotating steel domes. The close defence was based on several machine guns set in armoured positions. The passive defensive systems consisted in deep ditches.

On the Vezzena plateau the stronghold and observatory Cima Vézzena (1908 m), the forts of Busa Verle (1554 m) and Lusérn (1549 m) had the function of preventing the Italian advance from the Assa valley. In the early months of the conflict the three fortresses suffered a strong heavy bombardment by the Italian big calibers that almost forced them to surrender. On the 20th August 1915, however, they succeeded in repel the only Italian attempt to break through. This military action is historically known as theBassón battle in which the Italian troops lost over a thousand men.

On the highland of Lavarone the Belvedere-Gschwent stronghold (1177 m) had the function of countering a possible Italian penetration through the Astico valley. This did not happen but the fort was still under heavy shelling.

On the highland of Folgaria, the Cherle stronghold (1445 m) controlled the access from the Fiorentini plateau, the Sommo Alto fortress (1614 m) kept under control the access from the Orsara valley and from the Coe pass, the Dosso del Sommo fort (1670 m) controlled the access from the Borcola pass and the underlying Terragnolo valley, the approaching street to the town of Rovereto. In 1931, once the war was over, the strongholds of the highlands, damaged but largely intact, were demolished and reduced to ruins because of the fascist campaign Ferro alla Patria (Steel for the Fatherland). From the destructive fury survived only the Belvedere Gschwent stronghold in Lavarone.

Partially recovered in the eighties while carrying out the Path of Peace, the fortresses of the highlands are today a destination for many hiking and panoramic tours. Thanks to their historical and cultural importance they are also included in specific thematic tours such as the Path of Peace, the Forts Hiking touri, the Fortresses Bike Tour (mtb), the permanent Forts 100 km (mtb) and the Heroes’ Trekking.